Why play video games? : rediscovering a sense of wonder

Originally written for a members-only blog that's having an ongoing discussion on the role of video games in modern culture. 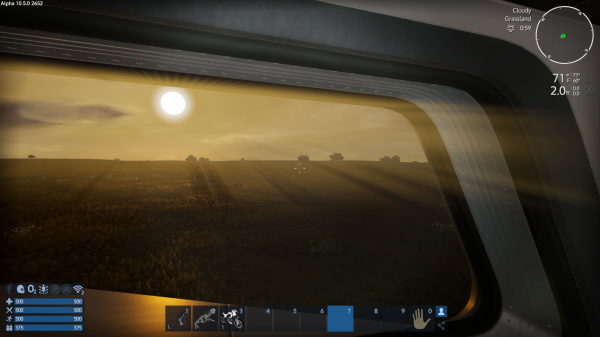 Recently I spent a weekend driving through the fields and mountains and forests of east-central PA. Well, I was a passenger, which is the only reason we made it out and back safely, as I was transfixed by the natural beauty surrounding us. And sure, I usually stare out the window on long drives, but this was different. I noticed changes in texture and subtleties of color in a way that was completely new to me, like some part of my brain had been switched on that I hadn’t realized even existed. By the end of the trip I was nearly drunk on it, and not even the mundanities of returning to suburban life could fully obscure the experience.

Can’t say whether I’ll ever get to relive that intensity of awareness, but I know exactly why it happened in the first place: video games.

The thing is, if you live in suburbia, it’s easy to kind of stop looking at the world around you because there’s not much in the way of obvious beauty. Strip malls and cookie-cutter housing developments don’t exactly inspire the soul or draw the eye. Where I am, there are still bits and pieces of farmland and wild, but they’re hemmed in and obscured by the surrounding sprawl. It dulls your eye and mind after a while.

The obvious remedy is to go where there’s still untrammeled nature–and it is an option, but moving out there would require leaving family, friends, church, and job behind; even just visiting requires a fair bit of driving and then recovery time from said driving, which is awkward with a 9-5 desk job. And this is where video games–or at least a certain style of video game–comes in.

I first experienced it with Subnautica–I’d pretty much stopped playing video games after college (with a notable exception of Portal, Portal 2, and a brutal cold while on a family vacation), never really thought I’d get back into them, and then last September or so I saw someone playing this undersea game where the water looked real. I was so captivated I bought it immediately, even though my poor YouTube-and-word-processing-only laptop had to throttle the fps to such low levels that all I could do was swim around a little and watch the fish dart by. It was captivating enough that I shelled out for a proper gaming laptop and spent at least a month of evenings exploring this new and beautiful alien world. Went swimming in the ocean that summer for the first time since I was a kid, though the NE Atlantic coast is pretty bland in comparison. A subsequent week spent exploring a lake was more satisfying–nearly got sunburned just floating around with goggles on, trying to hold still so I wouldn’t scare the fish away.

Subnautica reminded me of how much I’d loved the underwater world as a child–it gave me back something that had been lost to a decade and more of the daily adult grind. And it got me interested in gaming again, right around when Bill and SpaceX were starting to remind me how much I’d also loved space exploration when I was younger. So I followed the Steam recommendations and bought a copy of No Man’s Sky, and loved it for about two and a half weeks, at which point I realized how grindingly repetitive it actually was despite some of the lovely screen caps I grabbed along the way. So I tried again, and found Empyrion: Galactic Survival–and that gave me a close enough equivalent to Subnautica for space that I actually can’t play it in company because I turn into this obnoxious person who keeps demanding that they admire how lovely this alien landscape is, or makes them sit through a tour of new capital vessel I just built and explanation of just how I customized it, or stops and does nothing for five minutes because planet-rise on the moon is so beautiful it makes me tear up a little just thinking about it now as I type this. 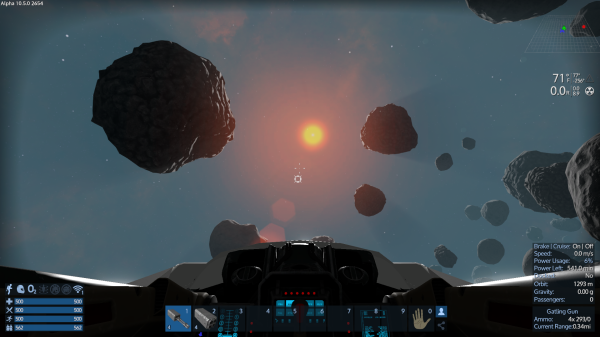 And that sense of wonder, cultivated via a couple of digital worlds, is what had me staring out my window in near-silent awe for 6+ hours of driving that one weekend. In retrospect, I’m kind of frightened by just how close I’d come to losing it, distracted by suburban sprawl, my job, and the never-ending stream of meaningless updates online.

Someone recently accused me of preferring “synthetic living over really living” because I play video games. This is my rebuttal: I was living a synthetic life without realizing it, and video games reminded me that there’s a big and beautiful world out there and I want to make an effort to see more of it. Chesterton has a quote somewhere–and I don’t remember where to find it, annoyingly, but maybe one of you will know–about traveling around the world so that you can then come home and actually see it again. Or possibly for the first time. I feel like that’s what happened to me, only the particular world I traveled around first just happened to be comprised of pixels.