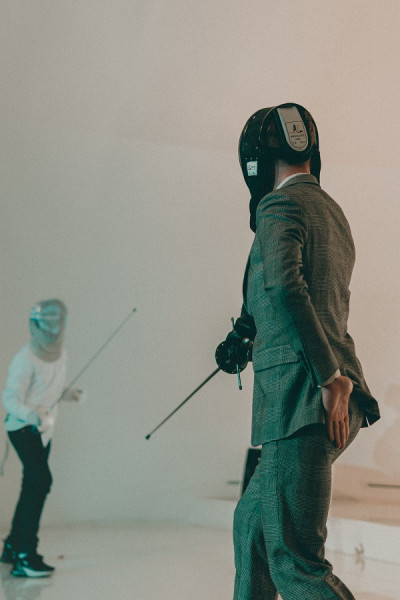 I used to spend a lot of my time fencing, and that old bone-deep knowledge reminds me of its existence on occasion. Take this photo, for instance:


I kind of wish this was a real match that I could watch, instead of just some clearly-staged photo/fashion shoot--it would be interesting to see if it would play out as I predict, to find out if my eye still holds true.
Collapse