a) Thank you guys for all the comments over the last few months even though I've been an absolute slacker in the responding to them. A couple of you even sent me paper cards in the actual physical mail, and that was just the best. I'm going to respond to everything, I promise--just need a little more sunlight first, I suspect. Things are rolling pretty slow around here right now.

b) What have I been doing instead, you might be wondering. Well, wonder no more. I have been installing and programming LCD screens in spaceships. Well, one specific spaceship, really. The SURVIVA capital vessel, who looks kind of stubby on the outside but is beautifully proportioned and laid out within. One of if not the best starter/mid-game CV. And a ton of fun to modify to suit my whims. ;)

This particular capital vessel has multiple engine settings, to avoid using more fuel than necessary, but as originally built, there was no easy way to check what setting you were on while flying the vessel. So first I figured out how to set the LCD projectors to display where you could see while flying.... 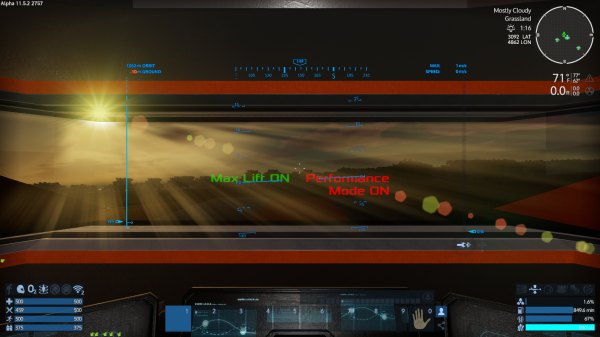 ...and then, after literal hours of tweaking and redos and going away to do something else and then coming back because it was bugging me, this is the final product: 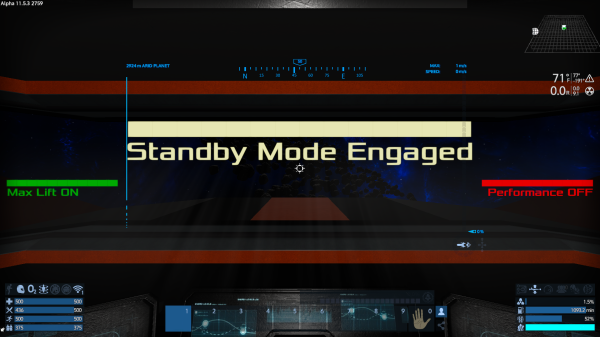 Normally you wouldn't see them all at once like this, but I wanted to test whether there was any overlap. Came out pretty well, I think--certainly less obtrusive when flying that my first attempt (as the "standby mode engaged" display wouldn't be visible when the ship's actually in motion).

Anyhow, part of me says this whole thing is kind of dumb, since it's just futzing with unnecessary details within a video game, which is pretty frivolous, but at the same time... well. Right now my motivation for just about everything is hovering at about 8%. But this is something I wanted to do, decided to figure out, and then was able to stay focused on throughout this week except as interrupted by Christmas. It's satisfying to see how well it came out, and encouraging to see that I am still capable of fixating on and plowing through a specific project when I actuall want to.

But enough of my navel-gazing. How's everyone's holidays going? Get any good presents? Hang out with cool people? Eat some particularly delicious food? Have some moment that was full of hope and meaning?
Collapse