Continuing my slow crawl through s13--I watched this episode once back when it first aired, so I'll admit to skipping through most of the Ketch scenes. They were effective enough, but not something I felt the need to revisit. Anyhow, details I enjoyed: 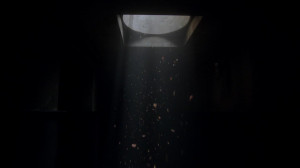