A little over five years ago my brother-in-law called us up and asked if we were serious about wanting to get chickens (which at that point we'd been talking about, on and off, for almost a decade), and by the end of the day we had nineteen of them in a box in our living room. 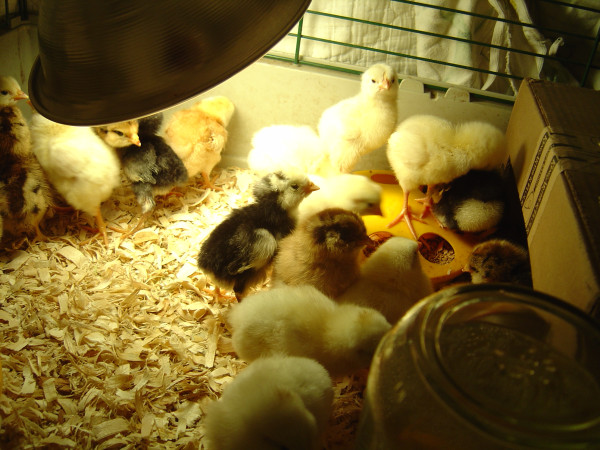 This grew to twenty-four, dwindled a little as a few died off because they were too small and weren't able to get all the food they needed, and then eventually dropped to four after we gave the rest away. And those four were very happy for a while. 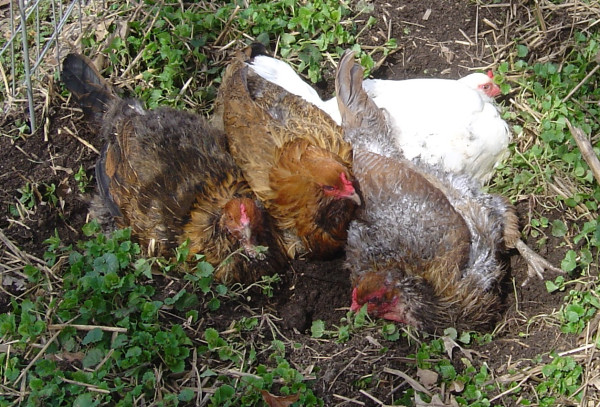 But last year we lost one to illness and another to what was probably a raccoon, and just now we lost a third to a combination of foolishness and an opportunistic fox, so we're down to one: Goldberry, who's the lighter-colored one in the middle of the picture above. She's also the sweetest-tempered, so I'm glad she's the last one left standing.

This summer we'll be redoing the pen for better security and the coop for more nesting boxes (there was a lot of fighting over them last year), and then we'll buy five or six pullets, because chicks are hard to keep alive. Been there, done that, they're cute but I don't feel the need to do it again. But we're definitely going to keep doing the chicken thing. They're too much fun not to, and store-bought eggs (even organic, genuinely free-range) just don't compare.

Past chicken-related posts:
- with a cheep cheep cheep
- chicks!
- suburban farmer issues
- augh: chicken edition
- out like a lion
- a momentous occasion
- farm labour (of a sort)
- backyard sightings
Collapse