milly_gal's prompt of SPN - Sam/Dean - A day in the life/random inane moment in their day. 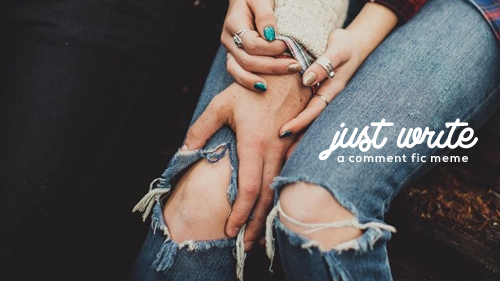 "I'm pretty sure the only food in the fridge is that leftover Thai that we both decided was too spicy to finish."

Which was probably true, but Dean had at least one cracked rib and a headache like an ice pick and really just wanted to go home and lie down for about a day and a half. He didn't admit any of this out loud, but Sam must have read it in his look because he pulled out a piece of paper and waved it at Dean like some sort of magic ticket.

"Look, I made a list while you were pumping gas, and if you're willing to stop at Ladow's on the way through town, we can probably make the run in five minutes--ten, tops."

And, yeah, Ladow's was pretty tiny. "You won't bitch like usual about the shitty produce selection?"

"Dude, I don't bitch--" but Dean could tell it was fake annoyance, the kind they both used to while away the long miles. And anyway, if the Tylenol hadn't kicked in by the time they got there, Dean would just make Sam go in on his own while Dean rummaged around in the trunk for something a little ... stronger ...( Collapse )
Collapse